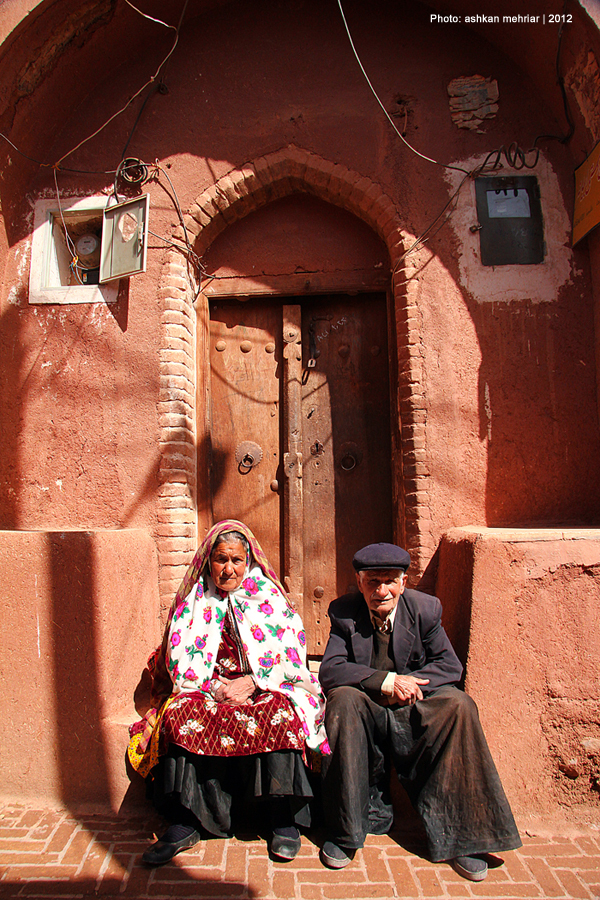 Posted by ashkan (Tehran, Iran) on 27 March 2012 in People & Portrait and Portfolio.

Abyaneh is a famous historic Iranian village near the city of Natanz in Isfahan Province.

Characterized by a peculiar reddish hue, the village is one of the oldest in Iran, attracting numerous native and foreign tourists year-round, specially during traditional feasts and ceremonies.

An Abyunaki woman typically wears a white long scarf (covering the shoulders and upper trunk) which has a colorful pattern and an under-knee skirt.Abyaneh also called the RED VILLAGE.